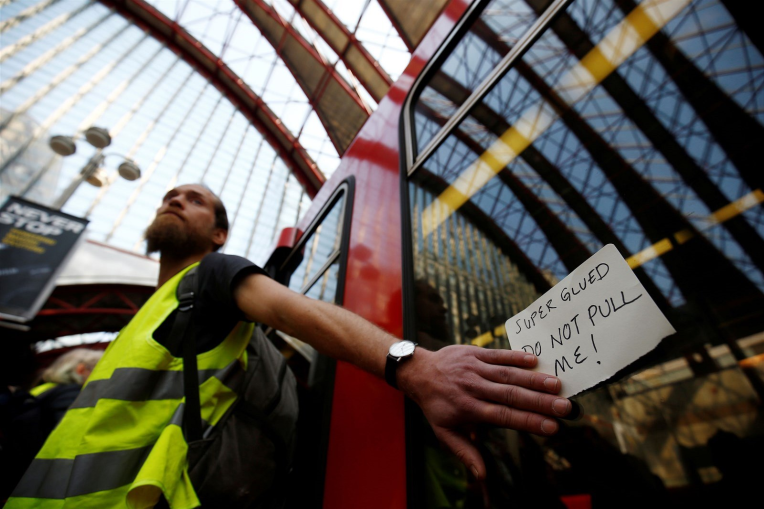 On 17 April 2019 our attention was caught by headlines such as:

Two climate change activists climbed onto the roof of a train and another glued himself to the window at Canary Wharf’s Docklands Light Railway station in London as part of a third day of action by “Extinction Rebellion” to pressure politicians to take more radical measures to protect the environment.

Man Glues Himself to Train as Extinction Rebellion Spreads in London

Two activists of the Extinction Rebellion protest — aimed to highlight the issue of climate change — stood on the top of a train at the station, holding a banner which read “Climate Emergency. Act Now.”

Interestingly, Jeremy Corbyn declined to speak to any of the protesters when he left his home that day. Disappointing, but not unexpected.

From across the spectrum we have views such as:

Seven Simple Ways to Save the World from Home. By Annie Hauser (Life Hacker)

Save the World. By Jeremy Griffith (World Transformation Movement)

How to Save the Planet According to the World’s Greatest Minds. By Christopher Chase (Uplift)

Chase’s article mentions Albert Einstein and the 14th Dalai Lama. Dalai Lama, following in Corbyn’s footsteps, was not there to speak to the protesters. He didn’t even show up. It looks as if his image consultant recommended him that, taking into considerations that he is the recipient of the venerable Nobel Peace Prize, it wouldn’t seem right if he joined controversial manifestations which involved breaking the human law and that he, as the reincarnation of god, shouldn’t confront his own creatures. However, in spite of his meaningful absence at the Extinction Rebellion event, Dalai Lama has given us multi-inspiring words which can be used on this as well as other occasions:

If there is love, there is hope to have real families, real brotherhood, real equanimity, real peace. If the love within your mind is lost, if you continue to see other beings as enemies, then no matter how much knowledge or education you have, no matter how much material progress is made, only suffering and confusion will ensue.

In principle, we agree. But what if some leaders, the ones who gave you your Nobel Prize for example, decide to invade a country with a view to plundering its natural resources and faced with that country’s determination to resist, which by any reckoning is thought to be a logical attitude, exterminate a greater part of its population because they have the proper means of mass destruction whereas the others are barely armed? Do you understand? Do you really understand what your Nobel Peace Prize means?

Einstein, as is well known, has already abandoned us, relocating to some unspecified curve in time, not without warning us before: “We shall require a substantially new manner of thinking if mankind is to survive.” Most uninspiring, especially if we take into consideration the amount of effort he put into building and dropping the atomic bomb, as clearly seen from his letter to president Roosevelt (2 August 1939), written after his, Einstein’s, image consultants had established his reputation as the greatest peace-loving mind of them all.

As regards the activists who chain themselves to other people’s fences or glue themselves to trains or else climb onto them –they should be told that politicians/governments/authorities are not and have never been interested in saving the world. The objective of any political party, and thus its members, is to come to power and once this happens to stay there for as long as possible –for their and their friends’ good. Please note how Theresa May outstays her ministerial welcome and defends it tooth and nail.

Activist being removed by the police /  They don’t really look like “great minds”, do they?

Two days later Daily Mail provided the following update about the aftermath of the protests:

Apparently, Cathy might be sentenced to prison, 2 years at the longest. We hope she didn’t forget to put some flowers in her hair on her visits to jails.  Right now, we’re trying to check whether by “gongs” she means gongs or, by any chance, “medals”. Or even “prizes”.

We interrupt for a moment as we have just received the typescript of a conversation intercepted by our special agents deployed overseas:

Mrs. B – Of course I did. I just can’t believe it… What has the world come to? What’s wrong with people? Looks like we’ve got to fight for the world’s freedom again.

Mrs. A – There’re still lots of places that need a good sweeping, even whacking. They say it’s necessary to establish order; a new one. Sounds magnificent; a great responsibility, too. We’re the only ones who can do it, don’t you think?

Mrs. B – I don’t know. I’m rather confused. One of my neighbours is from Cuba. She said we should smash them, crush them, raze them to the ground. My other neighbour is an old Pole, and she told me that far from being freedom fighters, we’re just a bunch of thugs. I was absolutely shocked.

Mrs. A – What did your husband say?

Mrs. B – Well, he said she might be right. He was a bit tight though. Saturday night, you know.

Mrs. A – Well, actually… what I’d really like to know is where all those places are…

Mrs. A – …but anyway, we’re in a delicate position again, seems to me. Still, it’s intolerable. As far as I and my Association for Protection of Unprotected Animals are concerned, we’re changing our policy for as long as this tug of war, and love at the same time, goes on. Our association’s funds will be put at the disposal of the relatives of the victims of friendly fire –half of them, to be precise. The other half will go to the orphans on the other side, you know…  I hate to use the word enemies… we’re all human beings after all.

Mrs. B – You’re right. We shouldn’t call them enemies, not even adversaries… just brothers who’ll understand us in due time.

Mrs. A – I like the way you put it. I think I’ll suggest that the Board should launch a campaign under the slogan: “We love you although we kill you.” What do you think?

Mrs. B – I’m sure they’ll approve of it. Sounds straightforward… but comforting… Tell me, any news from Irene and her Association for the Correct Maintenance of Swallows’ Nests?

Mrs. A – The last I heard is that they’d set up a new branch dealing with signposting and fast food service for the camps… you know… where migrants live before they’re thrown out of the country.

Mrs. B – They diversify, I can see. No wonder. There’s so much to do. I hope poor swallows won’t mind.

Mrs. A – She says some of them… aliens I mean… have been working illegally in our country for a year, or more… most never paid any tax, though.

Mrs. B – I know; lack of civilization…

Mrs. A – …abuse of civil liberties; breach of trust. I feel pity for them; but what is to be done? They are too simple… too primitive…  too dark… too … too… you know what I mean!

Mrs. A – Of course I do! We all do! Are we supposed to work day and night so that all those lazybones on the bum can come here and retire with a nice pay? I think your Cuban neighbour was right.

Apparently, Extinction Rebellion activists are convinced that if river and ocean water were crystal clear, people would be much better off. However, it is not the melting glaciers that cause our dissatisfaction and despair. No doubt it’s a great pity that glaciers melt, fish get poisoned and air becomes more and more polluted. Yet, these are not the real causes for anguish or irreducible feeling of the absurd. If such is not the cause, and most people will agree it isn’t, why do people glue themselves to trains, carry banners all around or form associations to protect an earth most of them don’t know any better than they do Mars or Jupiter? Sadly, all that is a fashion, a trend promoted to keep us entertained so that we stay away from investigating the reality behind all those smoke-screens: We don’t know why we exist. And so people keep asking questions such as: How to save the world? Who should save the world? From whom should the world be saved? Still more questions could be asked: Why should we, or anyone at all, try to save the world? The right questions, however, are never asked: Why does this world exist? Why were we put in it? The fact is we have no idea where we come from or where we are going. The Extinction Rebellion activists are confusing means with ends, forgetting that death will put an end to all means, proving thus the falseness of all our objectives.

The world is perfect.

(3) He created the seven heavens, one above another. No want of proportion will you see in the creation of the Most Gracious. So turn your vision again. Can you see any flaw?

It’s easy to provide the definitive proof: Try to think of another world or a different form of life. Put all your heads and computers together and you will come up with a silly “Avatar” fantasy, which will bring you bags of money because everybody has been convinced it’s a must see, but which in fact doesn’t make any sense. Yet, this world, whether round or plane, will end and no-one will be able to do anything about it. This world, this universe, just as our lives, is temporary and transient. It has an expiry date. So instead of trying to measure and weigh it; instead of trying to traverse it, an impossible task; or wasting time and energy on contacting extraterrestrial life (what would we tell them, if they existed, which they don’t), we should, first and foremost, give up following propaganda, trends and superstition and start to care about what is enduring.

Anyone truly worried about the world should start by trying to find out who brought it into existence and for what reason. What makes us different from animals is the fact that we can reflect, which is very different from thinking. Furthermore, we are the only creatures conscious of our existence and its inevitable end. We know we must die. All our other characteristics we share with animals. A human being who does not take advantage of these capacities will be unable to classify events, whether international, public or personal, or use their ability of discernment, which is the reason why “modern societies” are sick and mentally unbalanced.

(78) It is He Who has created for you the faculties of hearing, sight, feeling and understanding. Little thanks it is you give!

Thus, man is capable of great effort and perseverance in a direction which is totally erroneous. At the same time he is prepared to forget or ignore everything that really matters. If God told someone that he must glue himself somewhere from time to time, they would be shocked. Surely, something like “What kind of nonsense is that?” would be immediately said. However, when they give themselves similar orders –no complaint, no comment. Such are the ultimate consequences of the humanistic attitude which assumes that man can and should take charge of the creation. An now that mankind has done away with God –who is responsible for the problems we have, the wars, the famine or the incurable diseases?

(24) And they say: What is there but our life in this world? We live and we die. Nothing but time can destroy us. But of that they have no knowledge. They only conjecture. 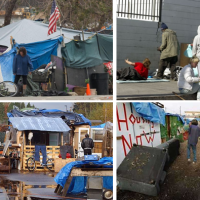 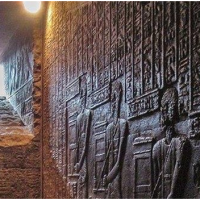 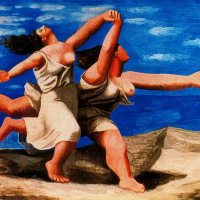